Quantum computing is a fascinating field that uses the principles of quantum theory to improve the way computers work. Since computers are limited in their ability to encode information, quantum computing looks for new ways to do this. Regular computers are only able to encode information in bits that take the value of 1 or 0. Quantum computing uses either quantum bits or qubits. A qubit can be either 1 or 0, or a superposition of both 0 and 1, which opens endless capabilities for improved computer performance and capabilities.

Quantum computers are based on two quantum physics theories – superposition and entanglement.

These theories allow quantum computers to operate faster than regular computers. It also means that they run more quickly with less energy consumption.

Quantum computing has become a popular concept in recent times, but it isn’t necessarily a new concept.  In fact, it began to catch on in the 1980s – inspired by the limitations of classical computing to handle some complex issues. The solution was to use quantum algorithms instead of traditional commuting algorithms. As technology has facilitated more progress, quantum computing has evolved by leaps and bounds and has infinite potential to be a game-changer in many industries, including:

The vast potential in efficiency and capability means that many top-tier companies are incorporating quantum computing into their operations, processes, and services.

The primary difference between the two is the way information is processed.  Classical computers use transistors (with a value of either 1 or 0), whereas quantum computers use qubits. As mentioned earlier, qubits can be 1 or 0 or both simultaneously. As a result, quantum computing power is increased exponentially when multiple qubits are linked together. This is in stark contrast to classical computers, which only linearly increase capacity when more transistors are connected.

Let’s take a look at some quick facts about what quantum computers are and what they are not:

While technology and advances are moving at lightspeed, what we know today about the power and potential of quantum computing is probably just the tip of the iceberg.  The potential applications for our society, future technology, and business as we know it are awe-inspiring. 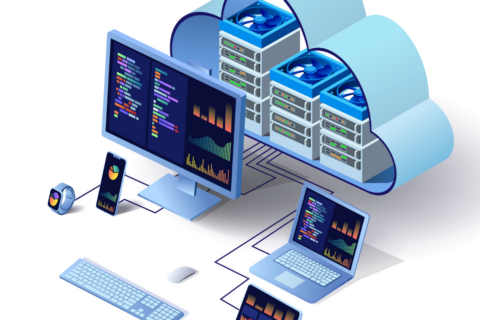 Information Technology moves at a rapid pace. It can be difficult for businesses to keep up with new products, solutions, and trends. Not only do…