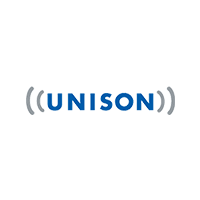 Issues to Be Resolved: In 2004 Unison was growing rapidly. They had Netgear firewalls and 3 HP servers on-site. Their growth was leading to expanded technology needs without the internal expertise to know how to handle their growth. They knew they needed an email server, some connectivity between offices, and a file server, but weren’t sure what direction to go in.

First Date: Unison executive John Cagnina, was given responsibility for the then-young company’s technology. John had worked with Conscious Networks founder and principal Brent Doherty in the past and had Brent in mind when the company was ready to outsource its technology. Because of the productive working relationship the two had in the past, Conscious truthfully didn’t have to work too hard to earn the business.

Solutions: During the early years of the relationship Unison was price sensitive on some suggested improvements. Conscious Networks suggested an upgrade over the company’s existing Exchange database. Eventually, it broke. In the middle of the night, Conscious Networks principals Cory Horn and Brent Doherty stood up a piece of hardware in their datacenter in Virginia and then drove to New York, configuring the new server on the ride up. They grabbed the old Exchange server, drove it back to Virginia, and installed it in Conscious Networks data center, and migrated the email to the new server. The entire process, including travel, took less than 16 hours.

Conscious Networks now provides tier 3 and 4 support to Unison’s onsite staffers. Unison servers are in the Conscious Networks data center. Virtual servers are housed in New York and Maryland. Some ancillary systems, like an accounting package, are located in Maryland, and plans are being made to migrate those systems will to the Conscious Networks data center. There are redundant connections between all sites. The data center houses the collocated servers, the company’s virtual private networks, all remote management tools, as well as anti-virus and anti-malware tools. The process of converting Unison to a terminal server environment is also underway.

The knowledge and history that the two companies share with one another is meaningful, as many Unison systems and gear unconventional acronyms and names. The relationship continues to grow as the companies continue to enhance Unison’s productivity, connectivity, and security.

Executive Quote: “When we first engaged Conscious Networks we expected to top out at about 30 employees. Now we’re over 175 and continuing to grow. Conscious Networks has been there every step of the way with us. They fixed the technology problems Unison Site Management had as a young company and have shepherded us in a cost-effective and highly efficient manner every since then. With a service-centric focus and good judgment at every stage of our relationship, Conscious Networks has been a key contributor in the success and continuing growth of our company.” (John Cagnina, Director of IT) 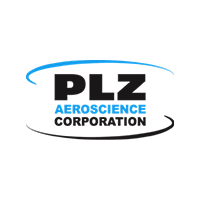 As the North American leader in specialty aerosol product manufacturing, the PLZ… 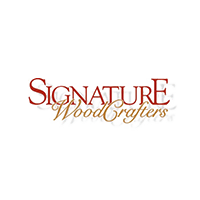 Introduction: Signature Companies is a manufacturing firm that…